We felt contributor Connie Pierce's experience with her mother was an appropriate way to begin this month's Journal, which explores some of the most poignant questions of the human heart. Her article originally appeared on www.spirituality.com, an interactive community sharing healing experiences in personal growth, health, and well-being.

Have you ever felt like you were on a deserted island with your problems? I was several thousand miles away from home when I received a call that my mother was dying. After trying and trying to get a flight home, I just couldn't. I slumped to the floor, crying.

Frankly, my husband and daughter were surprised I was this upset. You see, my mother had been abusive to me my whole life, including the last five years when we'd taken care of her in our home. No one understood why I had spent over 50 years trying to achieve a loving relationship with this woman. Now she was in her 90s, had dementia, and couldn't walk.

My mother had been abusive to me my whole life.

I can't begin to relate the kinds of abuse that her own personality, combined with the dementia, had caused her to fling at me. To everyone around me, her dying seemed compensation for what I had lived through.

But I was convinced I had to fix this relationship before she died.

I did get a plane home the next day, and while waiting in the airport, I read from a copy of Science and Health with Key to the Scriptures by Mary Baker Eddy. This passage really spoke to me: "When the human element in him struggled with the divine, our great Teacher said: 'Not my will, but Thine, be done!'—that is, Let not the flesh, but the Spirit, be represented in me. This is the new understanding of spiritual Love. It gives all for Christ, or Truth. It blesses its enemies, heals the sick, casts out error, raises the dead from trespasses and sins, and preaches the gospel to the poor, the meek in heart."Science and Health, p. 33.

When I arrived, my mother was still alive, though unconscious. Her condition was serious. She looked gray—like she wouldn't last long.

I've always believed in the power of prayer, so I turned to God, pouring out all my heartache. The answer came to say out loud the prayers my mother knew. I did so that day, and the next day, while thinking about them myself. Soon she was mouthing the words along with me.

She did not die. And that night, I awoke to a message that came again to me several times over the next few days—"Connie, you don't need to fix this relationship. That's not what this is all about. Your job is to see her as My child. You don't have to make the relationship work. I love you already, and I love her."

And finally, that's what I did. I really loved. With no expectation and no feelings of injustice. I just loved. And I let go of the final thing—my conviction that I had to make this relationship right before she passed away and it would be too late.

The next time I went to see my mother in the hospital, she had been moved to another ward. She was actually getting better. When I found her in her new room, she motioned to me to sit by her.

I was then given one of the holiest moments of my life. My mother spent an hour telling me of her love for me. She'd never done this before.

Through my tears as I went back to my car, I wondered if this meant she was passing on. Maybe this was some kind of last-minute turnaround. It wasn't. She came home again, and we spent the next six months together. The dementia was gone, and she was in full possession of her faculties. She was nothing but loving from that day forward.

I was given a gift. I was given a mother I never knew I had, when I let go of trying to get the mother I wanted. And when it was my turn to do something more for her, to help her with her fear of death and to be with her for that transition, I could do so with a full and peaceful heart. 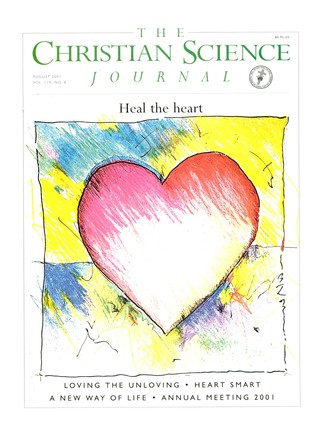 Stillness and the vitality of life

Hold on to the joy, not the grief

A rabbi talks about the psalms

By Gail Gilliland with contributions from Simkha Y. Weintraub | August 2001

My Strength, My Haven, My Faithful One

Nursing . . . wherever you are

Trouble across the lot line

A new way of life

The Bible kept our ranch afloat