Somebody has written these wise words:—

A courtier once told Constantine that the mob had stoned the head from the imperial statue. The Emperor lifted his hands to his head, saying, "It is very surprising, but I don't feel hurt in the least." We should remember that the world is wide, and that there are a thousand million different human wills, opinions, ambitions, tastes, and loves; that each person has a different history, constitution, culture, character, from all the rest.

We should go forth into life with the smallest expectations, but with the largest patience,—with a keen relish for, and appreciation of, everything beautiful, great and good,—but with a temper so genial that the friction of the world shall not wear upon our sensibilities, an equanimity so settled that no passing breath shall agitate or ruffle it, and with a charity broad enough to cover the whole world's evil, and sweet enough to forever neutralize its bitterness. 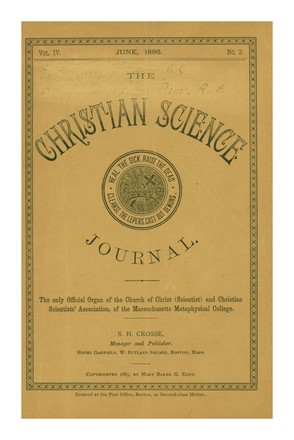 with contributions from Byron | June 1886

The Best Thing in Life

Heart of the Commonwealth