Is it possible for developing nations to obtain peace and prosperity, and to create a solid basis for long-lasting democracy and steady growth? Since the 1990s, efforts to establish democracy in Africa have been characterized by political unrest, but ongoing efforts have brought progress, including increased freedom of expression and better conditions for women. But there is still a long way to go to overcome major challenges resulting from the lack of transparency of some governments in the management of their affairs. Also challenging is their indifference to the well-being of their people, which fuels poverty, injustice, and corruption.

Believing that the welfare of a nation is strongly linked to political and economic conditions, people rest their hopes on politicians, their system of government, and human laws and regulations, which are not always reliable or long-lasting. As soon as a government does not meet expectations, it is criticized, challenged, and held accountable for all problems.

The Bible, on the other hand, shows that when individuals are motivated to seek the common good, God supports both their progress and society’s progress. Nehemiah, for example, wanted to rebuild the walls of Jerusalem and to protect it from its enemies, who had previously destroyed the city and enslaved the children of Israel (see Nehemiah, chapters 1—6). Nehemiah had at heart the collective good, but frightening opponents threatened his efforts. They formed an alliance to attack Jerusalem and to prevent its reconstruction.

Nehemiah resisted the enemies’ attacks by relying on God, determined to rebuild the walls that were so important for him and for his people. They all had to stand very firm against strong opposition.

The spiritual tools that helped him triumph were prayer, trust in God, alertness, fearlessness, love, humility, discernment of good, and faith in the power of goodness.

Thanks to Nehemiah’s strong reliance on God, the wall was rebuilt and peace came not only for the children of Israel, but also for all their enemies.

In reality my country’s authorities were receptive to good and were motivated by the desire to manage public services effectively, in the general interest of the population.

Today the enemies seem to be bad governance, lack of resources, hatred, war, and disease. But these enemies can all be overcome by understanding that God alone governs the universe, and that His almighty power gives strength and promotes progress. Mary Baker Eddy writes in her book Science and Health with Key to the Scriptures: “Resist evil—error of every sort—and it will flee from you” (p. 406). Evil has no foundation to give it power or life because God is the only power.

Early in my career, I was chief accountant in a regional department of my country’s Ministry of Agriculture. Everything was going well until I took over after my immediate supervisor suddenly departed. It was my deepest desire to put in place new procedures that would prevent dishonesty. Therefore, I introduced rules based on the rigor and integrity of good management systems. I was convinced that they would promote the common good and progress within my department.

But this move displeased some of those in charge. I was labeled an opponent of the regime. My manager replaced my signature on the bank accounts with another employee’s signature. I was then stripped of my position.

Faced with this situation, I prayed a lot, turning to God to understand that He was in control of every situation, including mine, that of my family, and that of my department. I understood that God is the only governing Principle. This Principle is Love, and therefore provides for all our needs. I also knew that God rewards honest, selfless work. I tried to see the good qualities in others, including my manager and all the politicians of my country. I was confident, in particular, that my prayers to see the true identity of my manager, created in the image and likeness of God, would be reflected in an adjustment in my work situation, because God is the Principle of harmony.

One day, during an inspection of stocks of agricultural inputs (products needed for the operation of a farm), my manager had to call on my expertise to help some inspectors. This collaboration allowed us to expose the flaws in the management system, which were being used to embezzle money and steal merchandise. It also freed my manager, who was innocent of any such behavior, from coming under suspicion for such practices. All the procedures that I had introduced were then recommended to other services in the ministry. From that point on, agricultural inputs were no longer diverted, and the farmers started receiving them in time for the farming season. This helped them improve their performance and, consequently, brought an increase in their income. The results confirmed for me this statement in Science and Health: “Truth is always the victor” (p. 380).

Before this happy ending, in the face of discouragement, I stood firm on the fact that God always answers prayers, and that good is permanent, despite apparent difficulties. I understood that in reality my country’s authorities were receptive to good and were motivated by the desire to manage public services effectively, in the general interest of the population. In reality, their true nature would not allow them to do anything but good.

Working for the collective well-being is a profound expression of love for one’s neighbor, and therefore a valuable way to contribute to democracy, good governance, and development. 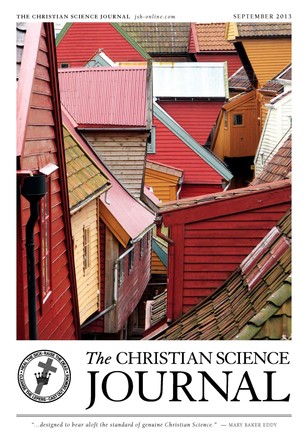